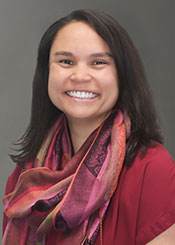 Jaime Schroeder was appointed to Director of Parks and Recreation in November 2019. Jaime has been with the City of Reno for nearly 24 years, starting as a part-time employee in the before and after school program in 1995 while completing her degree in Business Management and Computer Information Systems at the University of Nevada, Reno.

Jaime then became a full-time employee as a Recreation Coordinator, overseeing McKinley Arts & Culture Center, Evelyn Mount Northeast Community Center & Pool, and various associated programs. In 2004, Jaime was promoted and transferred to the City Manager’s Office as a Community Liaison assigned to special projects and supervised Reno DIRECT, the City’s citizen call center.  Also during that time she earned her MBA, which lead to another promotion as a Senior Management Analyst. One of her favorite projects as an analyst was creating a Recreation Facilities Plan in 2008, which was on track to build several new facilities throughout the region until the recession caused the plan to be shelved. She then held the position of Special Events Program Manager for about 19 months. Concurrently, she was also sworn in as a Deputy City Clerk for three and a half years, in which the job then became primarily focused on City Council agenda management and special projects.

In 2015, Jaime accepted a Recreation Manager position in order to return to her roots in parks and recreation. During that time she oversaw Recreation Centers, Inclusion/Adaptive Recreation, Aquatics, Adult Athletics, the former Rosewood Lakes Golf Course, and various Outdoor Recreation areas.  She successfully tested for and earned both Aquatic Facility Operator (AFO) and Certified Parks and Recreation Professional (CPRP) status with the National Recreation and Parks Association. She’s very happy to be back in a field that promotes all things active and healthy. Every day in the world of parks and recreation is an adventure and when she’s not at work, Jaime enjoys spending her time with family and friends, mountain biking, hiking, traveling, and volunteering with Keep Truckee Meadows Beautiful.