A Brief History About Reno 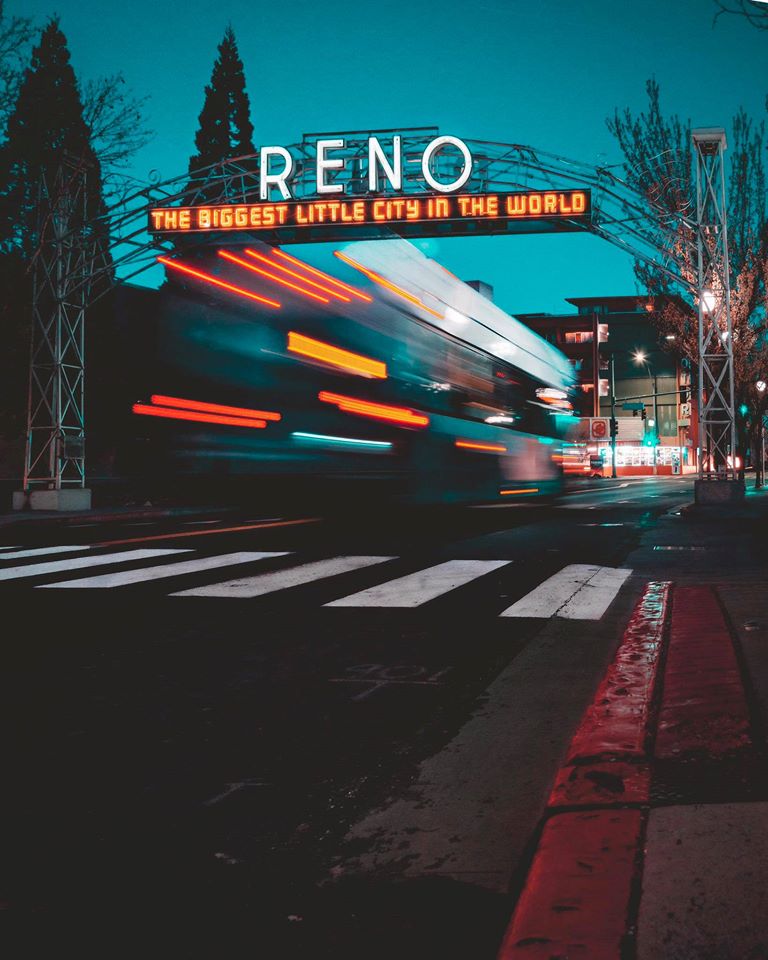 Reno began as the preferred crossing point of the Truckee River, an inland river that flows west to east from Lake Tahoe to Pyramid Lake, for travelers on their way to the California gold rush of the late 1840's and 50's. With the discovery of the Comstock Lode in the nearby Virginia City foothills in 1859, the river crossing became increasingly important for the growing trade in mining and agriculture. Reno was officially established in 1868, the same year that the transcontinental railroad, which paralleled the Truckee River, reached the town. In 1874, the University of Nevada was founded as a land-grant university, and in 1885, the primary campus was built on a rise of land overlooking Reno from the north. From its inception, the university was an integral component of the young town’s identity and contributed to Reno’s reputation as a cultural center. This was reflected in Reno’s nickname, “Biggest Little City in the World,” which arose as a result of the wide range of cosmopolitan amenities in a city of its relatively small size.

Reno became a quickie divorce destination in the early 1900's, and in 1931, Nevada legalized gambling. Reno was a front runner in creating the model of destination hotel/casino gaming – a model which has been replicated throughout the world. Virginia Street, the primary north/south arterial through downtown, developed into a commercial center of moderately-scaled, locally-owned destination hotel/casinos and retail stores. The transcontinental Lincoln Highway (now 4th street), passed through the heart of downtown and many motor lodges sprang up on either side of the Virginia Street core to support booming post-war automobile tourism. For most of the 20th century, tourism and the gaming and entertainment industries formed the backbone of Reno’s economy.

Free viewers are required for some of the attached documents.
They can be downloaded by clicking on the icons below.