Are you a City Superhero?

The City of Reno has launched a program to recognize exemplary Reno citizens who add to creating a community that people are proud to call home and who embody the spirit of the City of Reno.

This award will celebrate citizens who are leading the way and are selflessly adding to the richness of our city. Citizens who through their service and dedication, enhance the quality of life of our residents. Reno citizens who bring ideas and solutions to Council. Recipients that receive the award will recognize those who have the best interest of our community in mind.

Whether it’s through public comment, NAB participation, or direct service in the community, we aspire for this initiative to be a catalyst of motivation for Reno citizens to become engaged with their communities.

Individuals or businesses who give back to their community through charitable or civic contributions. Contributions that assist in creating a community that residents are proud to call home.

We invite you to submit an online nomination form. The award recipient will be announced at City Council. While we know there are many citizens giving back to the community every day, one recipient will be recognized every quarter. 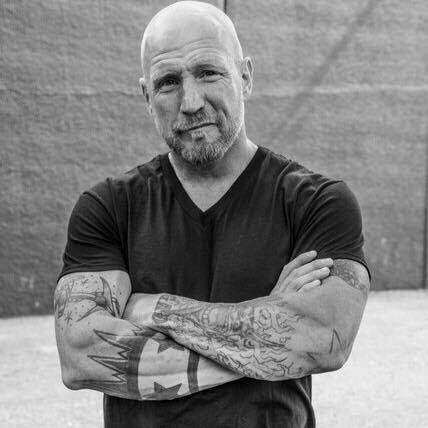 Denton is currently the Operations Manager for the Downtown Reno Partnership. He has created a wellness program called Rise and Grind for women in recovery from substance use and mental health disorders. He is also the creator of the Karma Box Project, a community initiative which helps those who are less fortunate.

Recently, Grant has started speaking to students across the country with Think Kindness. He has found a passion for speaking to youth about the value of self-worth and the long-term ripple effect that kindness has on an individual and a community. 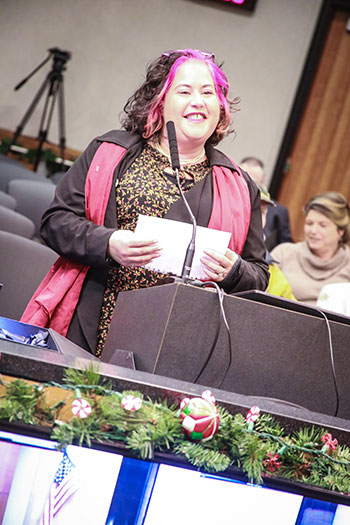 Tanzer is the Vice President of the Board of Directors for Our Center, Northern Nevada's only LGBTQ community center. She also coordinates the yearly Washoe County Homeless Youth Point in Time Count with Nevada Youth Empowerment Project (NYEP) and BOC Youth.

Tanzer is a resident artist at Reno Art Works, and was also heavily involved in the former arts and crafts boutique in downtown Reno known as La Bussola. 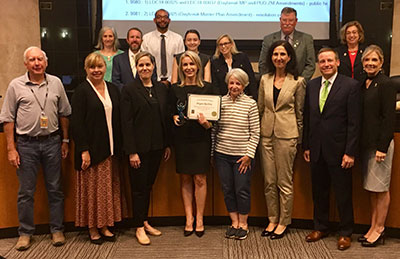 Rachow is a longtime Reno resident who has dedicated her professional career to public service. In December 2008, she joined the United States Attorney's Office (USAO) for the District of Nevada as an Assistant United States Attorney, where she has prosecuted cases involving virtually all types of federal crime.

In 2015, Rachow was appointed to lead the Project Safe Neighborhoods (PSN) program initiative for the Reno Branch of the USAO. PSN is a Department of Justice initiative that focuses on reducing gun violence, violent crime and gang crime. In this position, Megan specializes in prosecuting crimes involving illegal firearms, arson, gangs and other violent crimes. 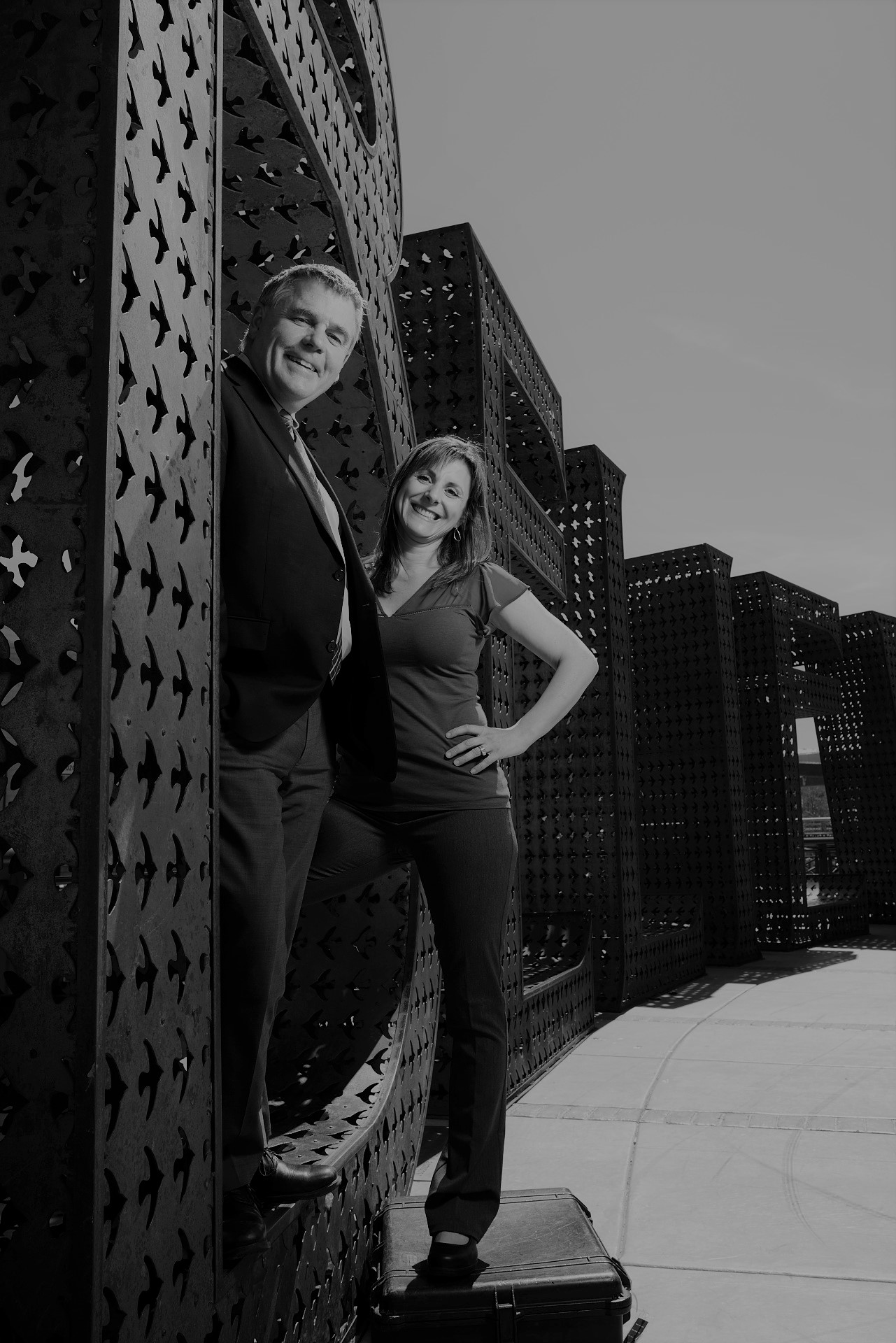 Both Reno resident, Carol Reitz, founder of the JUSTin Hope Foundation, and Ken Krater, chair of Operation Downtown, were nominated by citizens for their contribution to creating a community people are proud to call home. Carol and the JUSTin Hope Foundation helps individuals and families in Northern Nevada affected by Autism Spectrum Disorder (ASD) and other neurodevelopment disorders by providing support and/or opportunities that will have a meaningful impact on the family as a whole. Krater, working with the members of Operation Downtown, has brought positive attention to our downtown corridor, helped address homelessness and blight and worked to revitalize downtown by working with residents and businesses.

For their service, the City of Reno recognized Carol Reitz and Ken Krater at the May 24, 2017 City Council Meeting for leading the way in our community. 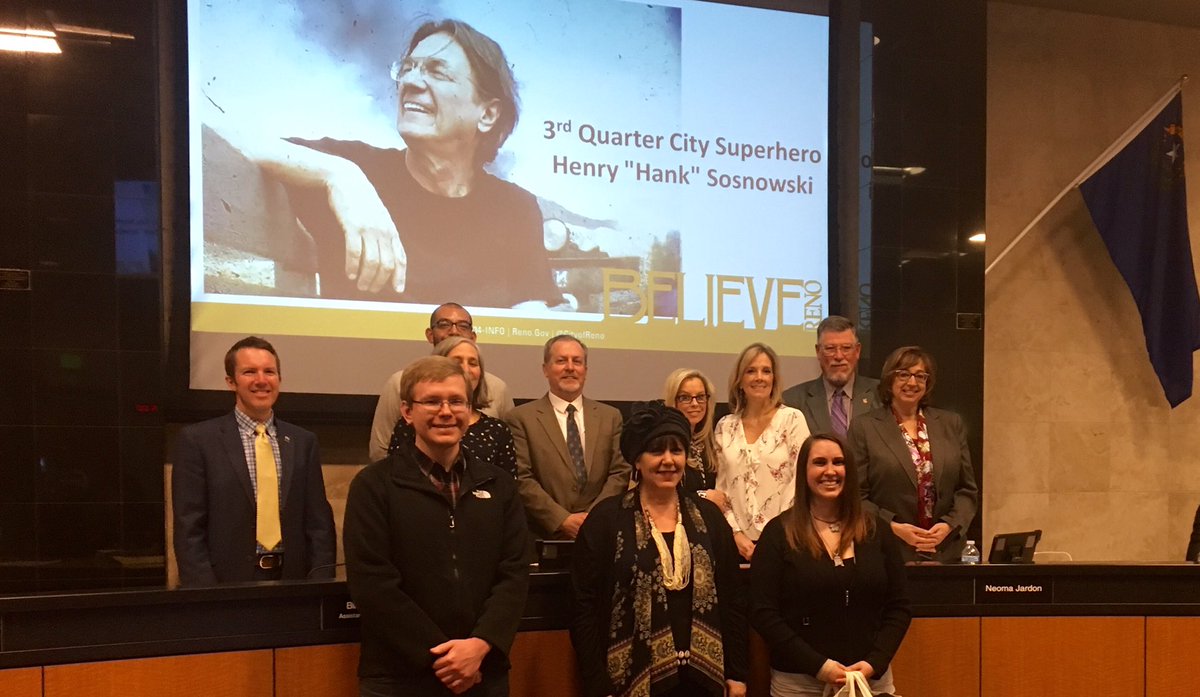 Truckee Meadows Community College  Professor and Reno resident, Hank has dedicated his career to education and empowering youth to be civic leaders in our community.  For several years, he also taught at the Veteran's Upward Bound program which supports veterans with their educational aspirations post-service. In an act to protect the community, Hank intervened when he witnessed an individual tagging a building on South Virginia Street. As a result, Hank suffered injuries and is currently recuperating. Hank hopes to continue serving the community as a professor and inspiring the next generation!

For his service, the City of Reno recognized Henry "Hank" Sosnowski at the January 25, 2017 City Council Meeting for leading the way in our community. 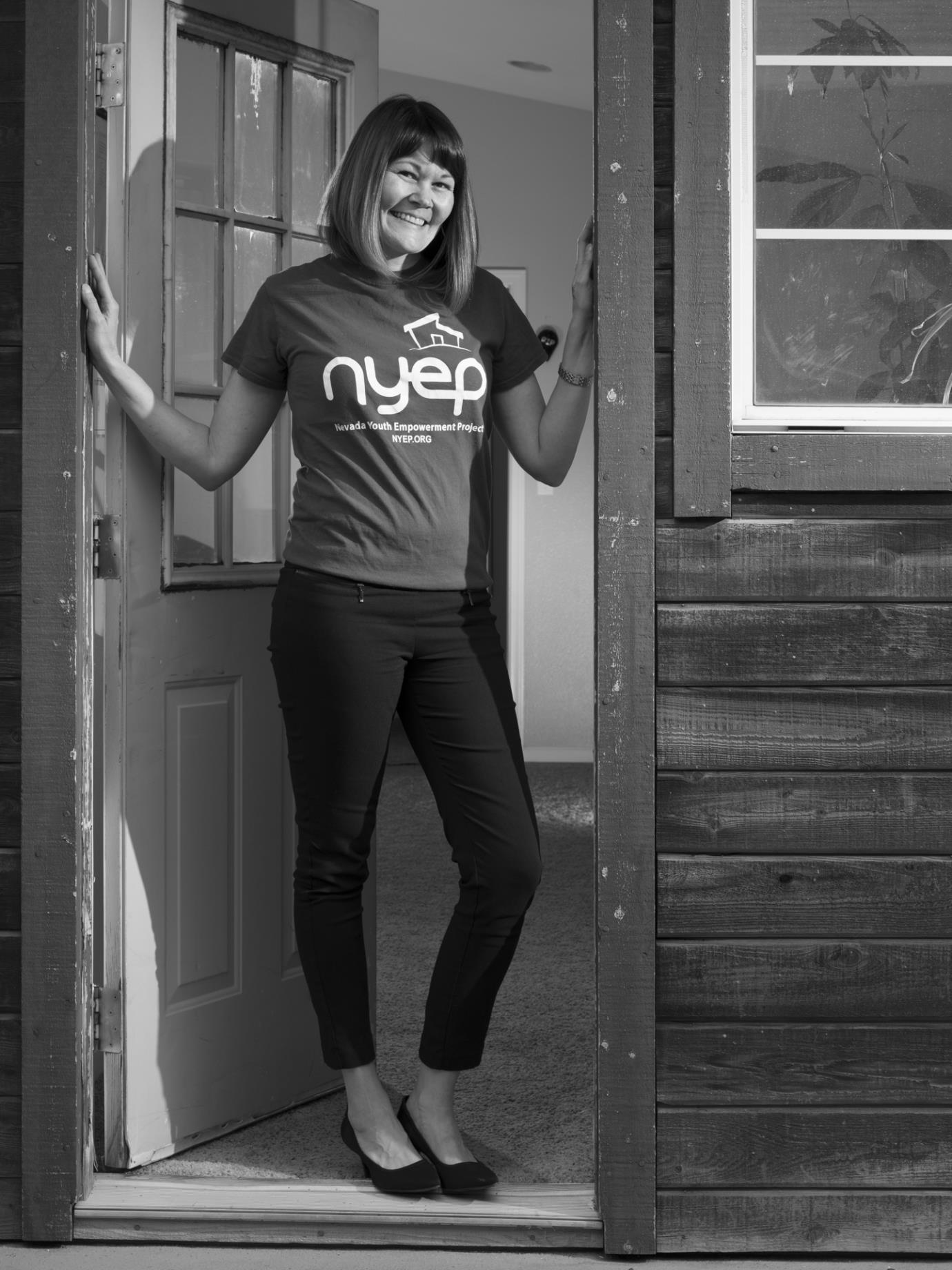 Over the last 9 years, Monica has dedicated her life to helping local homeless youth get on their feet and flourish in our community. As the Director of the Nevada Youth Empowerment Project (NYEP),  Monica has helped hundreds of homeless, aged-out, parentless female youth, transition into housing, graduate high school, and find employment. What is particularly valuable is the holistic approach Monica brings to the well-being of the program’s residents to strengthen them from the inside out. Her vision is innovative and will certainly continue to positively impact the lives of other young women in need of a little help to reach their full potential.

For her service, the City of Reno recognized Monica DuPea at the October 26, 2016 City Council Meeting for leading the way in our community. Over the last 2 years, Ed, along with Waldo, a therapy dog, have brought smiles to those who need it most at Renown hospital. While a visit from a furry friend can make anyone’s day, Ed and Waldo's visits not only impacts patients in care, but also brings much joy to families. Ed and Waldo split their time between the South Meadows facility visiting patients in the nursing unit, residents at the assisted living facility and Children’s Hospital. Waldo loves to visit kids and has an acute intuition in connecting with them.

For their service, the City of Reno recognized Ed Ferrell and Waldo at the July 27, 2016 City Council Meeting for leading the way in our community.