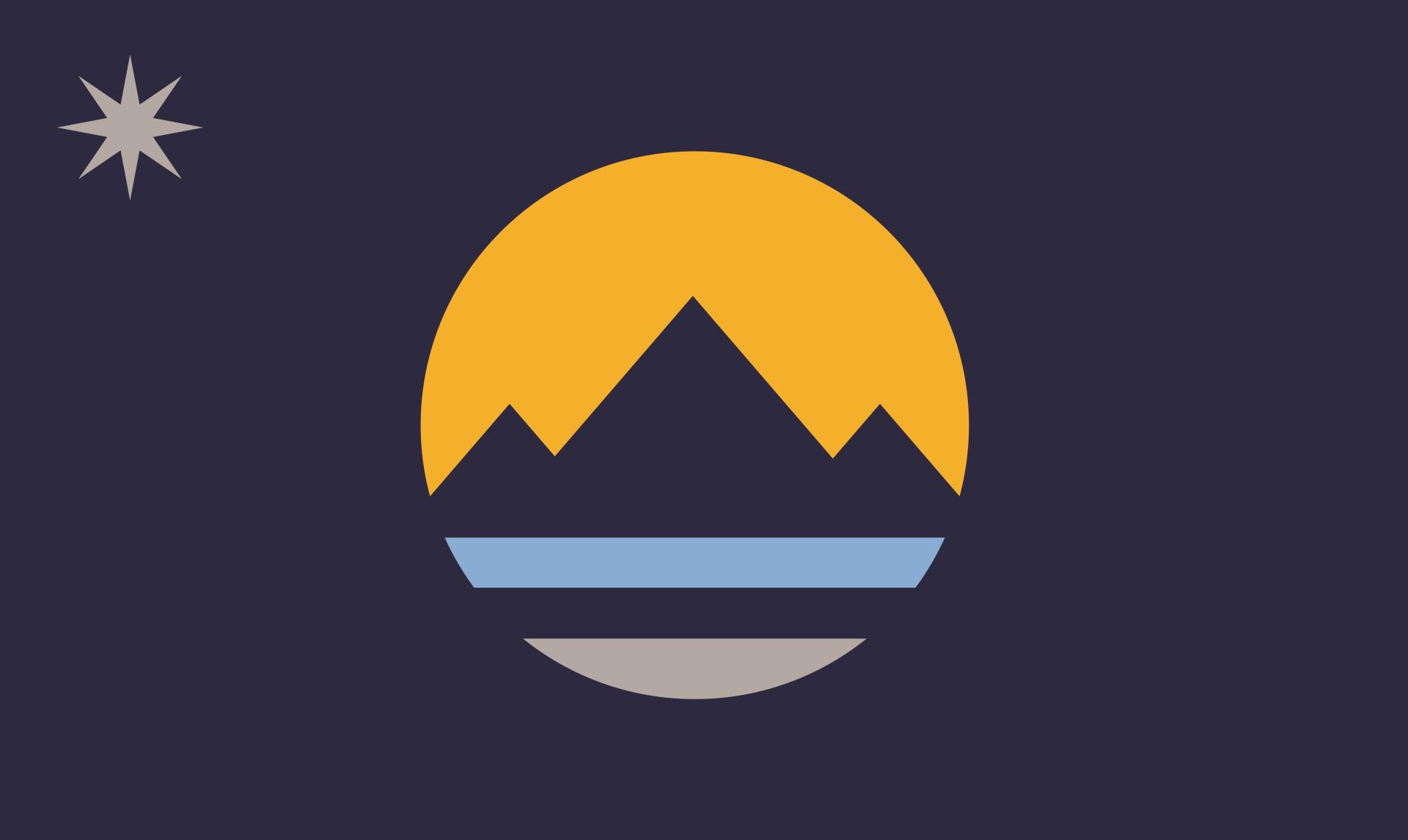 The Reno flag was designed by Tucker Stosic, a 23-year-old Reno native. The design incorporates the surrounding geography and history in a symbolic way. Stosic writes about his design, "The rich blue of the flag is representative of the state of Nevada, to which Reno is a proud part of. The bottom notch of the circle is silver to represent the silver mining boom in the area, which ultimately led to the rise of the city of Reno itself. Above lays the bright blue Truckee, which is not only a landmark of the area but essential drinking water to the current residents and was crucial to the early settlers of Reno. Above that stands the Sierra Nevada mountains, which are both a landmark of Reno and a provider of natural resources to the area. They are outlined by the color gold, to represent the rich desert Reno calls home. The star in the corner is the star on top of the Reno arch, a symbol of Reno, unifying its residents under it."

In celebration of Reno’s 150th birthday and in an effort to better represent the New Reno, the Arts & Culture Commission led an effort to create an official municipal flag for the City of Reno. The project, based on community involvement, educated the public about flag design and Reno history in order to produce a meaningful symbol of civic pride while better following the rules of good flag design. 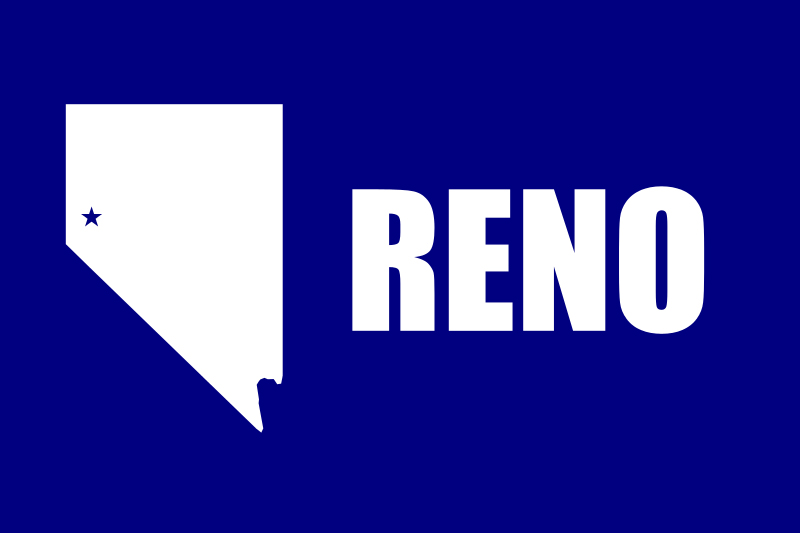 The previous Reno flag (above), created in 1959, was never adopted by the City Council.  It was chosen through a similar process as the new Reno flag: a community contest. A citizen committee selected the top design from 73 entries and the winner was Robert Dressler, an 11-year-old, 5th grade student at the Orvis Ring School in Reno and one of 77 students bussed from the nearby Reno Sparks Indian Colony. The design was translated into a cotton and silk flag and presented at a State Building ceremony on May 9th. The Nevada Historical Society still has the original on display in the Reno Room. Robert Dressler's flag served well as a community banner, however, it never caught on as a popular symbol of the city.

To kick off the project, the Arts & Culture Commission held two educational workshops on flag culture and design at the Holland Project and had an open submission period for flag designs from November 30, 2017 through March 2, 2018.

All of the Reno Flag Project contest submissions went through an initial review by the Reno Flag Committee--comprised of a flag expert, arts professionals, former mayors, and representatives from the community. The Reno Flag Committee narrowed the entries down to 13 designs that went through an online public voting process from March 19 - April 6. From there, the Arts & Culture Commission chose the top three finalists. Those top three finalists went to the Reno City Council meeting on April 25, 2018. Tucker Stosic's design was chosen by the Council and was also a favorite in the public vote.

You can view all of the entries from the Reno Flag Project contest below.