The Reno Arts and Culture Commission, founded in 1991, serves as the official adviser to the City of Reno on matters related to the cultural life of the community. The City of Reno is a leader in arts and culture. The community has a rich variety of special events, historic buildings, performing arts and galleries. A strong public art program helps sustain and encourage downtown economic development. Cultural diversity and history are embraced and interwoven within the fabric of our city.

The Reno Arts & Culture Commission supports arts and artists through grants, purchase of public art for display around Reno, and commissioned projects. The RACC makes recommendations, advocates, and advises the City Council.

The Arts Mean Business in RENO! 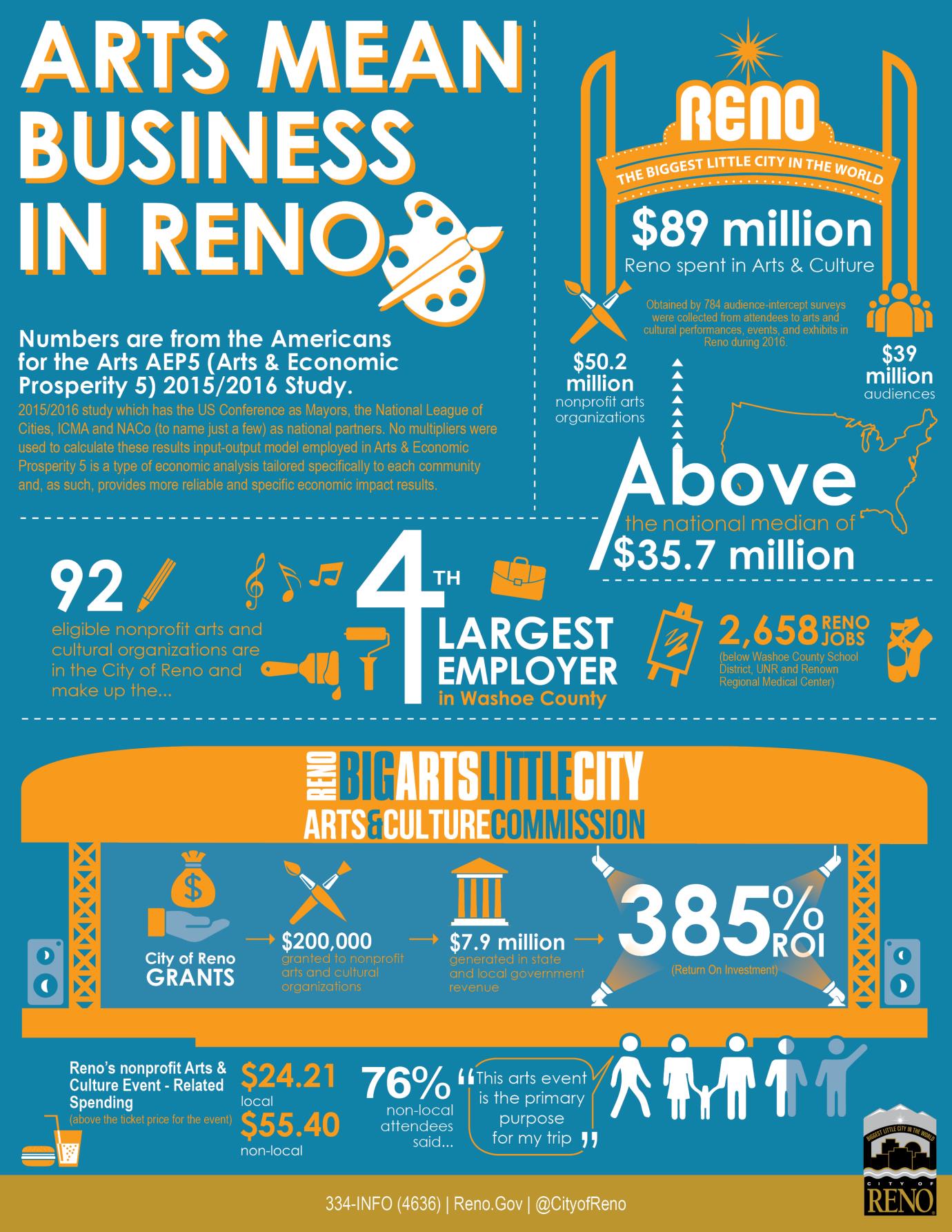 Infographic numbers are from the Americans for the Arts AEP 2015/2016 Study. View the City of Reno 1-page summary for more information and download the infographic.

Must See Artwork Beyond the Playa, --RenoTahoe

Arts and culture are pillars of Reno’s economic development, and reflect how the City of Reno is seen on a national and international scale.

Sculptures like Space Whale are integral to that strategy.

The City of Reno is paying for the Space Whale and other projects using funds from Room Tax allocations, not General Funds. Room Tax allocations, which come from visitors staying in hotels, are restricted to uses that specifically provide a tourism amenity, or promote tourism in the Reno area.

Reno is home to many diverse arts and culture organizations and activities: 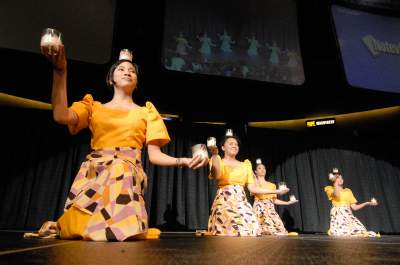 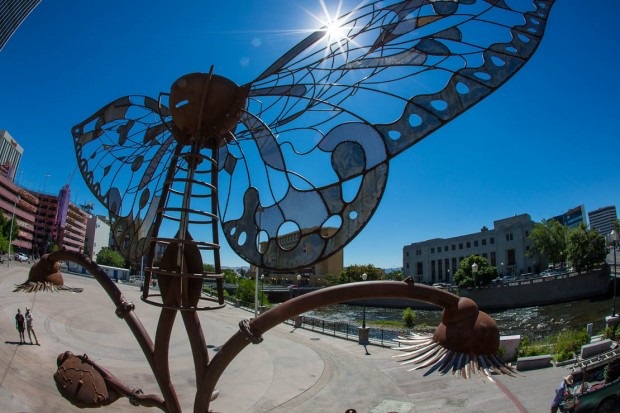 Bryan Tedrick’s "Portal of Evolution". Photo by Mark Hammon, provided by the University of Nevada, Reno.

What Others are Saying

Free viewers are required for some of the attached documents.
They can be downloaded by clicking on the icons below.