Only Two Ways to Fire

The Reno City Hall Metro Gallery is proud to host ‘Only Two Ways to Fire,’ ceramic work by Fred Reid and Richard Jackson.  Reid and Jackson’s work is inspired by their Nevadan heritage and the process of firing ceramics.  The sculptures are made by using high fire or Raku techniques.  Both require that the artist let go of some control – unexpected and unique results can emerge from the kiln.  Likewise, the work presented by Reid and Jackson is just as unexpected and unique.  The pieces offer a different perspective of ceramic work – they are the vessels of the artists’ conceptual beliefs.  Each sculpture is unique and unusual while still containing a deep history and a profound sense of feeling.

Fred Reid is a fourth generation Nevadan.  He was born in Caliente and lived in Alamo and Las Vegas “when it was still smaller than Reno.”  Reid graduated from UNR in 1970.  Later, he taught pottery classes at the university.  He then became one of the art department’s preparators.  He taught drawing and ceramics until his retirement in 2013.

Richard Jackson is the current ceramics studio technician at UNR.  He is a close friend and student of Fred Reid.  This is the fourth time he has shown with Fred Reid, and he hopes there will be many more in the future. 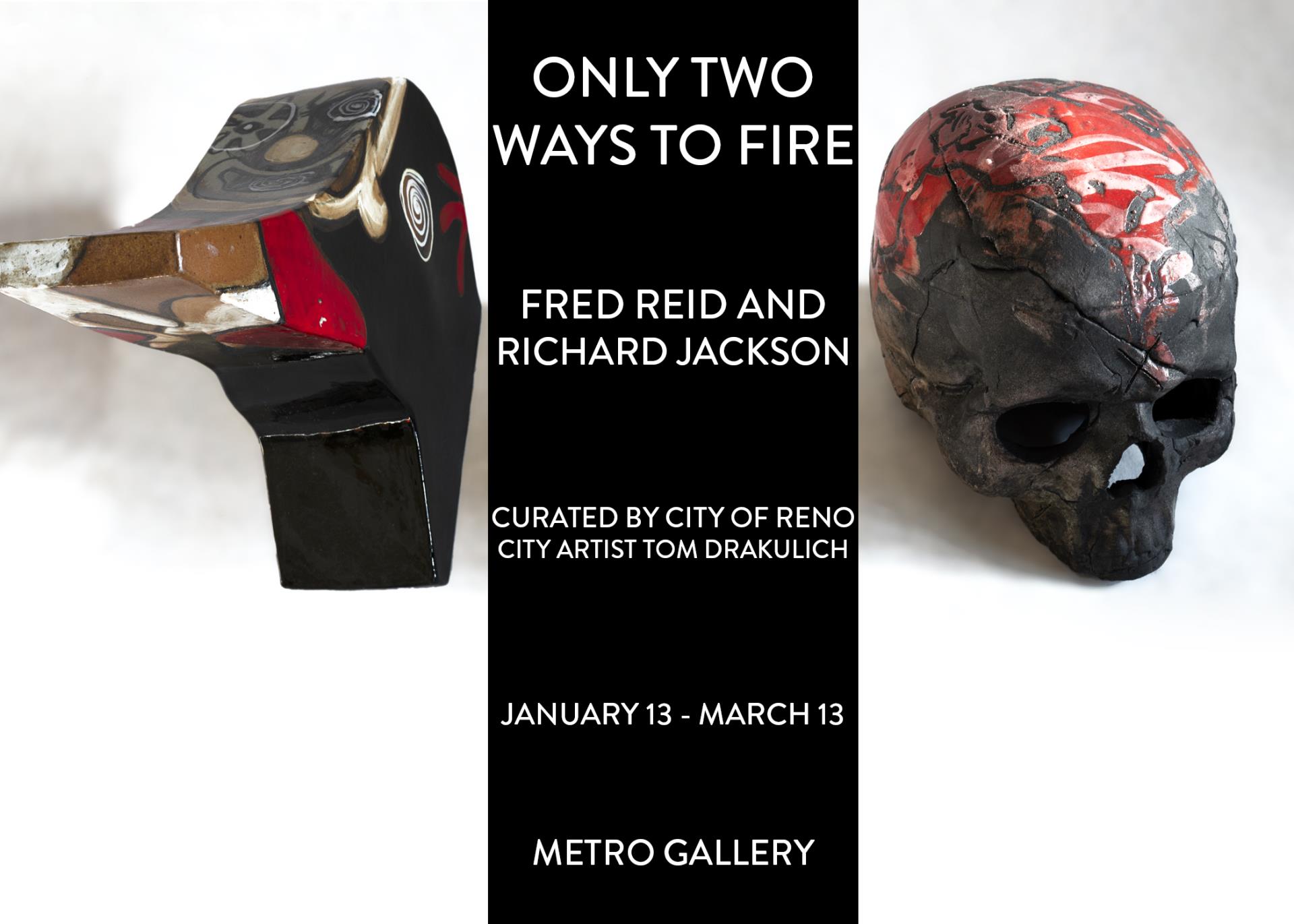