Along the Truckee River

Along the Truckee River
A Bob Adams Retrospective

The McKinley Arts & Culture Center Galleries are proud to host “Along the Truckee River” a Bob Adams Retrospective.  Adams’s paintings show a slice of life in Reno at end of the 1980s and the beginning of the 1990s.  His pieces are expressionistic, some bordering on the abstract, as he seeks to catch the movement and energy of life along the Truckee River and the downtown casino corridor. Many of his “plein air” works were made on loose canvas over a portable easel.  These paintings remained unstretched and unframed, like pages torn from a sketchbook or snapshots from a disposable camera.  The casino and gaming paintings have showed at McKinley before, when Adams hung them up on the old fence around the building.  “Here’s my show,” he told his friend, Joan Arrizabalaga.  His humor and irreverence speak to a deep connection to the soul of Reno which he captures so eloquently in his paintings.

Bob Adams was born in Wichita Falls, Texas.  He earned his degree at the Pratt Institute of Art in 1978.  He took a graduate course in painting at UNR and worked in Bill Howard’s studio.  To make ends meet he got a job at Harrah’s Reno.  “What do you do with a fine arts degree?  You go to Reno and become a craps dealer.”  Adams currently lives and paints in Prattville, Alabama. 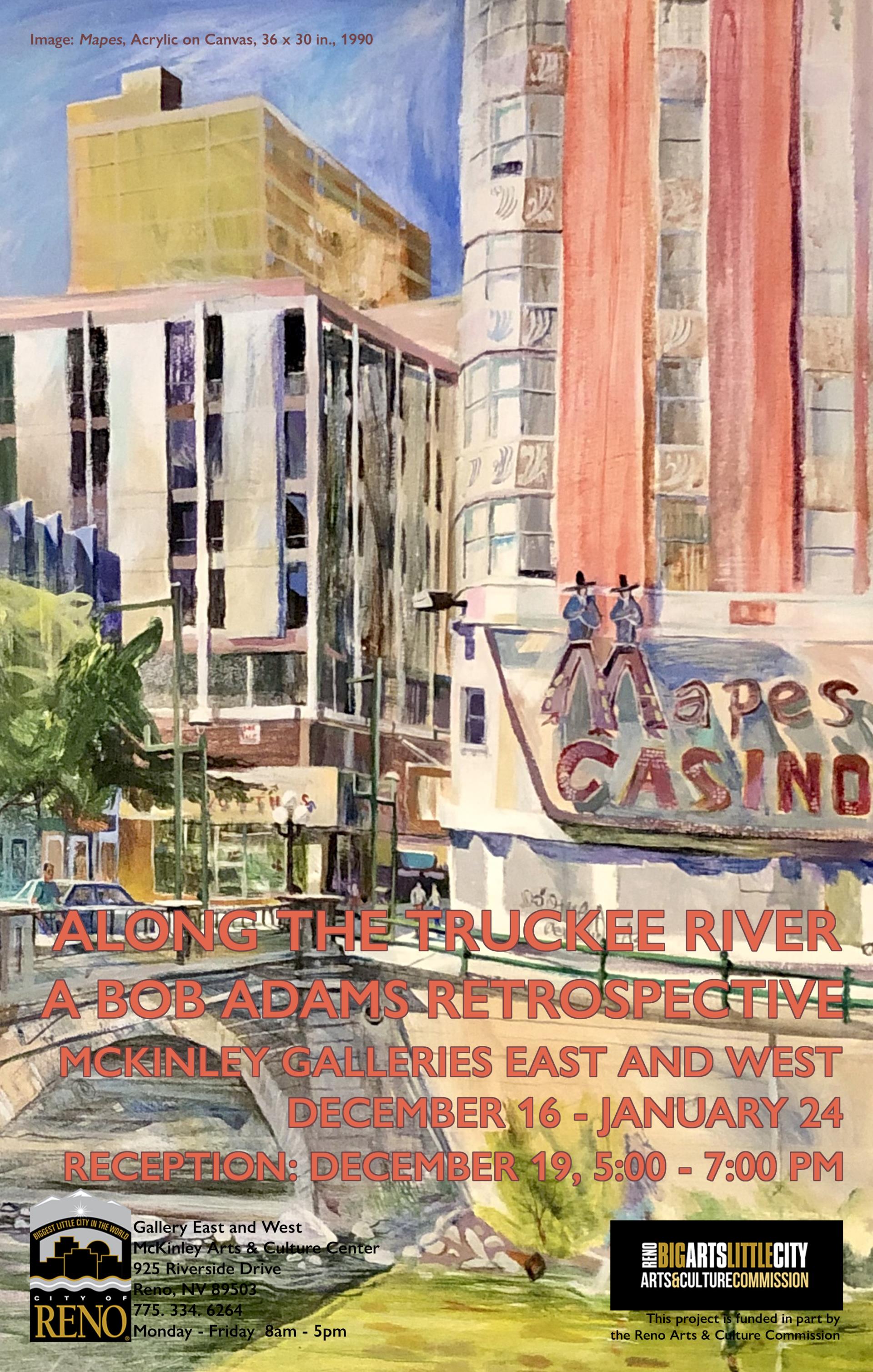